During dismissal labor disputes, which are heard by the Labor Committee, the employer and the employee often disagree on the facts. PRC Labor Contract Law is a little confusing, so I will do my best to shed light on the employee’s options, which should be helpful information for employers, as well.

What complicates matters is that PRC Labor Contract Law puts a heavy burden of proof onto the employer to justify a dismissal. This often results in the employer taking extreme measures to provide the proof, including occasionally fabricating it.  Even if a document is found to be fabricated, then justice for the wrongful dismissal of the employee is limited to monetary compensation only.  Employees cannot pursue compensation for civil rights in the Labor Committee, like defamation or libel, for instance.

A recent case I handled gives illustrates this more clearly.

My client (“the Employee”) was an expat who worked for a Chinese company (“the Employer”, or “the Company”) as a project manager.  It was claimed by the Employer that the Employee’s failure to perform his duties “brought the company business into a passive situation”. Without consulting with the Employee, the Employer posted a Notice of Penalty on the office’s bullet-board, stating the following:

“(Employee’s Name) didn’t follow the scheduled time, arriving at company punctually for the project meeting on (Date and time). Employee’s failure to work leads directly to an adverse effect on the project acquisition as well as a negative image of company, for that a fine of (amount) RMB shall be imposed by the Employer on the Employee which will be deducted from Employee’s salary of this month.”

Soon after, the Employee received a document entitled “Notice of Terminate the Labor Contract.”

Part of the document laid out the Employer’s two reasons for terminating the employment relationship with the Employee. The first bullet point claimed that a mistake made by the Employee caused the Company enormous losses in amount of near 3 million renminbi. The second followed that the Employee then refused to admit his mistake or apologize, and instead evaded responsibility by convincing colleagues to cover up his mistakes.

Later in the document, it was additionally claimed that the Employee was not capable fulfilling the job requirements and that he had failed to apologize for several mistakes that caused “irreversible influence.”

Taking those allegations into account, the Employer terminated the Labor Contract with the Employee who was escorted from the office premises immediately thereafter.

After carefully examining the two aforementioned documents, I explained the strict requirements (as stipulated by PRC Labor Contract Law and relevant regulations) that must be met in order to legitimize an Employer’s fine on their Employee.  And in any case, even if those requirements have been fulfilled, the law states that the fine cannot exceed 20% of that employee’s monthly salary.

My client claimed that not only was the fine greater than 20% of one month’s salary, but that the allegations about being late for the meeting were not even true.  I counseled my client to file a case with Shanghai Labor Dispute Committee, requesting 1). the Employer to revoke the Notice of the Penalty;  2) the Employer to pay back the Employee the deducted salary; and 3) the Employer to compensate the Employee a specified amount of money on the ground of wrongful dismissal.

The Company submitted an Employee Handbook as evidence to justify the dismissal, suggesting they followed the due process written within it. This is actually pretty standard.

What I did not expect to be submitted as evidence by the Company was a two-page document entitled “Statement of Facts,” which was actually dated after the case being filed.  Not only was it made and stamped by the Employer but also issued to and stamped by a third party. This third party was actually the same customer with whom the Employer claimed a business opportunity had been lost due to my client’s alleged unprofessionalism.

The document introduced a new justification of the dismissal. It claimed that the Employee forgot to bring important documents to the meeting, which directly caused the customer to terminate their cooperation in the project.

Outside of this, “The Statement of Facts” had a host of both curiosities and downright invalidities.  While company chops from both the Employer and the lost customer were present, neither was supplemented with a signature by an actual, living company representative.  Additionally the letterheads from page to page were inconsistent and chops could only be found on the second page(It is standard for Chinese companies to chop all pages or slightly spread out the pages so that a single chop can be placed across the edges of multiple sheets). Perhaps strangest of all, the second page featured information about a project that did not even involve the third party, which should have reversed their willingness to vouch for the document’s authenticity with their company seal.

Employee’s Answer and Claims of Libel

Despite the fact that submission of employee handbooks is quite common, my client was taken aback, claiming to have never been presented with a handbook, nor seen any publicly-posted bylaws during his employment. This, along with the other strange documents with all their allegedly false accusations, made my client quite angry.

My client expressed a desire to reverse the reputational damage that this case would cause within the industry. When my client inquired about how to proceed with a charge of libel using the customer and a former colleague as witnesses, I had to explain why this libel not applicable in the labor dispute courts.

The allegations and information pertaining to the dismissal, whether proven false or true, are to be confined to labor dispute courts and, therefore, not technically made public. While information spread by word of mouth between companies within an industry can and certainly is likely to occur, this is outside of the influence of the court and cannot be accounted for. Additionally, libel can only be charged within the People’s Court, not the Labor Committee. The allegedly false allegations found in the “Statement of Facts” was not signed by an individual, but rather stamped with the company seal. That being said, even if he took the case to the People’s Court, only another individual may be sued for libel, not a business entity.

With no justification for a libel suit and no recourse options for word-of-mouth reputation damages, I expressed to my client that the poor evidence submitted by the Company could easily be challenged.  So there was at least a good chance he could win the labor contract dispute and receive financial compensation.

Just prior to the second hearing (the first was just to set a date for the second), the Employer offered what my client believed to be an insufficient settlement.  The compensation was limited only to the salary they had previously withheld from the Employee due to the allegations in their documents. My client declined, believing this settlement offer to be short of justice for wrongdoing, but rather just receiving what technically belonged to him to begin with.

At the second hearing, I challenged the validity of the “Statement of Facts,” asking the Employer’s counsel if it was to be defined as Documentary Evidence or a Witness’s Testimony. The counsel replied that it was the former, because the Employer provided no individual witnesses for the hearing.  I addressed the court, reminding them that for Documentary Evidence to be accepted as genuine, it must be in the form of a recorded document that reflects human beings’ thoughts and/or behaviors.

After the second hearing and prior to the judge issuing a ruling, the Employer raised the amount of their settlement offer.  I advised my client to take it because although he could get more compensation if the case was awarded in favor of him, the Company might subsequently appeal to People’s Court. The process would then be dragged out and become quite costly for him to continue.

My client accepted the offer.

In China, if an employer desires to terminate an employment relationship with one of their employees, they will always find or create a means to accomplish it.  Though it is not always the case in labor disputes, the evidence submitted was poorly constructed with disqualifying errors, which was a fortunate turn of events for my client. 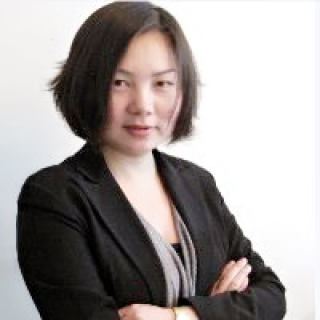