I’m a lawyer by trade, but over the past few years, I found that my team and I would spend over 70% of our time consulting on corporate management issues rather than legal matters. In doing so, we’ve been able to provide better services, both legal and commercial, for our clients as we’re able to better understand the roots of problems and real issues from a much wider perspective.

In a recent example, a general manager of a joint venture resigned in short notice and we were requested by the major shareholder (our client) to help.

In very short time, I managed to put things on the right track by simply doing what I do as a lawyer, but functioning a bit more as a business management consultant.

While the management team of a China business would typically feel that they don’t have the authority to say no to their major shareholder, we as attorneys and consultants were hired to tell our clients “let’s talk about the what could be the worst situation. We think, you’re wrong about that…”

Here are some of our observed facts and exchanged opinions in discussing the above-mentioned case:

1. Most JV factory businesses in China fail simply because of inadequate, effective communication between the Chinese and foreign shareholders. Quite often, each party would say things that they believe the other would understand exactly as intended. This is rarely the case.

My opinion: Recognize that miscommunications happen, and happen often. Make sure you don’t have a communication problem with your assigned chief (general manager) in China. Your general manager is the one who oversees everything here, and has great influence on the performance of local management.

My opinion: Problems in responsibility often lie in the job description and not necessarily in the person assigned to the job. Many foreign shareholders fail to outline job descriptions for their management team as they expect that their people would work things out automatically. If the appointed management team members are expected to do everything together in the beginning, sooner or later the foreign shareholder would need to tell them each on what specific areas to focus and separate the roles.

3. More often than not, a joint venture business in China starts with poor financial budgeting, poor financial control or both. Since foreign shareholders typically reside overseas, and the Chinese party often ignores their accountant’s advice, the company would often, even at its early stage, find itself in a critical financial situation, such as over-spending.

My opinion: We find that when a foreign shareholder opposes to doing proper financial planning and budgeting, it is often because they are unwilling to reveal their actual finance situation or show how little they thought about it. Or they simply lack the experience of running a joint venture in China, which tends to require more cash flow than they anticipate.

A general rule of thumb for investors is to add at least 20% of the budget to the total investment. Then, a competent management team is needed to establish and operate the business while carefully and constantly monitoring that budget and adjust spending.

4. Employment management is often overlooked. Many foreign investors don’t realize that PRC employment and labor laws heavily favor employees and put heavy burdens on employers. When a foreign manager tries to fire an underperforming employee, s/he would often find that the price of doing so would be too high. When we help our clients do the job, we always advise or go ahead with preparing enough paperwork before pulling the trigger — just in case the company needs to prove that the dismissal was legitimate and strictly in compliance with PRC labor laws.

My opinion: This should be left to a local legal expert, an experienced local lawyer who specializes in employment and labor. Once you find a competent one, all you need to do is trust their judgment and advice. You may be surprised at how much compensation is necessary to safely let go of an employee.

My opinion: If you talk about a vision for your own good only, then it is only natural that your partner would refuse to listen. For a healthy, win-win joint venture partnership, both domestic and foreign shareholders need to take the time and effort in educating each other on how things would work better if some measures were to be taken, and how they would benefit both in the long run.

Need help in handholding your China business? Drop us a line by clicking here. We help you effectively supervise and manage your business in China.

What do we do? 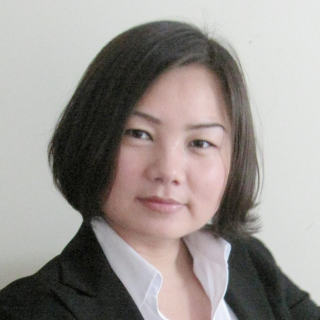